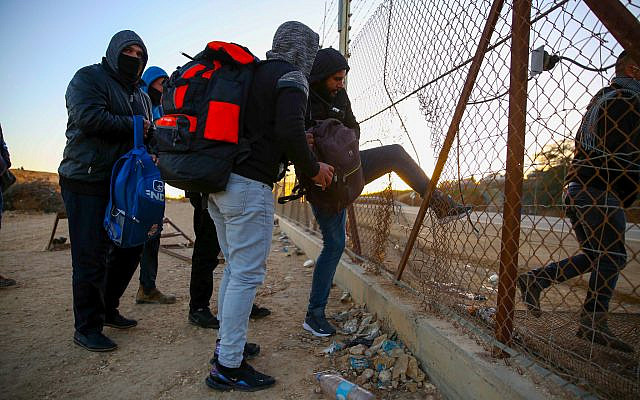 Yesterdays terrorist incident which took place in the heart of Tel Aviv has been attributed to a Palestinian who crossed from the West Bank into Israel through one of the “gaps” in the so called Separation Barrier – a border to all effects. This has led to renewed calls to close and seal all such gaps which exist along the entirety of the barrier – originally constructed as a perceived means of preventing similar acts of violence which had been so common some twenty years ago.

For decades, Israel managed to control its borders, especially with the countries with whom there is a peace agreement – Egypt and Jordan – with limited security arrangements. This could only happen because there was, and to a great extent remains, a common interest amongst the Israeli, Jordanian and Egyptian governments to maintain a situation of stability, as the neighbouring States focused their security activities on the internal threats against their respective regimes emanating from within their respective countries.

When Israel initiated the construction of its Separation Wall / fence / barrier with the West Bank some twenty years ago, this run against the commonly accepted thesis of the time, that borders had largely become passe in a (mistakenly) perceived world of greater harmony and peace. Less than twenty years after the fall of the Berlin Wall, the fall of the iron Curtain and the parallel expansion of the EU, along with the crossing of borders through cyberspace and as we have seen more recently) ZOOM conferences while never leaving our office or house, were an indication that physical borders throughout the world were a thing of the past and that the number of walled borders were decreasing.

But the events of 9/11 and the growing threat to homeland security has witnessed a rapid growth in the construction of new physical barriers between countries throughout the world – whether it be as an attempt to prevent the continued flow of illegal immigrants who were taking advantage of the open borders (a major argument used by the pro Brexiteers in Britain) , or of the direct terrorist threats which have become an increasing part of our post 9/11 world.

The construction of Israel’s separation barrier was one of the few political projects which had almost wall to wall support from left to right inside Israel, following a series of terrorist attacks and bombings. It was ironical that the Prime Minister of the time, Ariel Sharon, under whose premiership the construction of the barrier commenced, was one of the few politicians who was against the idea. Not because he believed it may offer added protection against potential terrorist threats, but because he understood that the construction of such a physical barrier would be understood as constituting a border separating two political entities, and not just as a “separation barrier”. But even he was forced to cave in to the demands from across the political spectrum and eventually the fence was constructed. 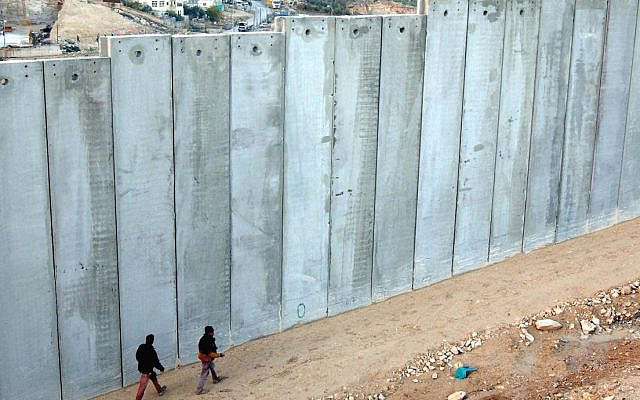 The Israel-Egypt fence was initially planned aa a means of preventing the flow of African migrants into Israel, but following acts of terror in the region, also became synonymous with an anti-terrorist protection – and this policy is now to be copied along parts of the border with Jordan.

Walls and fences do not prevent the firing of missiles, even the simplest (such as balloons carrying fire bombs), from one side to the other – just ask the residents of the Gaza region. To counteract this form of warfare, Israel has introduced the most sophisticated anti-missile technology which is under continual improvement as it moves from the firing of missiles to a laser system which is even more accurate and relatively inexpensive to operate. The use of drones, by both sides, cross the walls and fences with no problem, able to carry fire bombs or spy cameras – this is the world of high tech warfare, of which Israel is probably the most developed and advanced nation in the world.

But the walls and electrified fences are still seen as ways to prevent the physical movement of people from one side to the other. The wall which is being constructed along parts of the Israel-Lebanon border in the north of the country is meant to prevent snipers from South Lebanon from shooting directly into settlements or army outposts on the Israeli side.ADVERTISEMENT

These borders are indeed impenetrable but the border with the West Bank is one which can be crossed by all Israelis and, in a discriminatory fashion, by some Palestinians.

To cross from Israel in and out of the West Bank, one must travel through any one of the five border transit points which operate as border crossings. Israeli citizens can cross with ease, with the wave of a hand, a smile and a “boker tov” (Good morning) greeting. Arab residents of Israel are normally asked to show their documents before they are allowed through. For their part however, Palestinians are prevented from crossing unless they have an employment licence, they go through separate lines where their documents are checked, where they are searched for weapons or for work tools which they are not allowed to bring into Israel. they are not allowed to bring their cars into Israel (one will only ever see Palestinian green licence plates when travelling in the West Bank, never inside Israel), while the transit points have become transformed into large informal, overcrowded, car parks where their cars are left during the day and where, at certain times of the day such as from 4-6 in the morning and from 3-5 in the afternoon, major traffic pressure builds up as the Israeli employers come to pick up (in the morning) or drop off (in the afternoon) their workers, who have to return every day to their homes and are not allowed to remain inside Israel overnight.

But parallel to this over time, there have developed the “holes” or “gaps” in the wall / fence. These are not hidden from sight. They constitute tens of metres of fence which have been torn down and through which many Palestinians, who lack the expensive work licences, are able to cross into Israel, often under the open watch of the border patrols. The use of mobile phone technology to coordinate their arrival with friends or family on the other side, enables them to cross within seconds, often carrying with them goods which have been purchased much more cheaply on the other side of the border.

For as long as this policy worked without any additional terror activities, the Israeli authorities were prepared to turn a blind eye to it – even to encourage it, knowing that the total sealing of the border created a pressure cooker for Palestinians and Bedouin on both sides of the border and that it was important to enable a greater degree of informal family and commercial interaction. But following acts of terror perpetrated by individuals who had crossed through the holes and gaps, people who would otherwise have been prevented from crossing at the formal crossing points, there is renewed pressure to close the gaps, to seal the fences and to turn even more of the fence into the ugly concrete walls which have become increasingly common along the course of the barrier in recent years.

I live just two kilometers south of the southern extremity of the West Bank, close to the Metar crossing point. I often choose to travel to Jerusalem on Route 60, passing through the transit points at both ends with no problem. But over the years I have seen, and documented, the gradual transition of this small crossing into a major international style border, with separate parking for trucks and lorries where their content is checked – and in many cases transferred from Israeli licence plated trucks to Palestinian trucks , where Israelis and Palestinians are separated from each other into separate lines (one mobile the other pedestrian), and where the car parks and informal commercial activities at these points have grown exponentially. 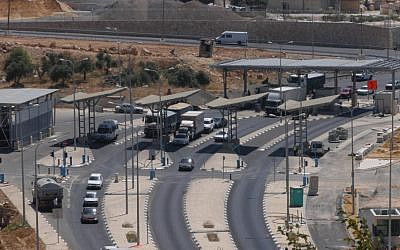 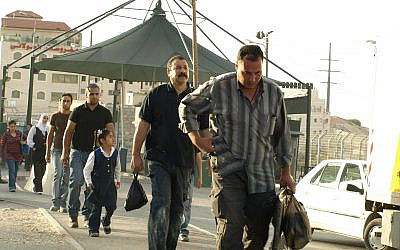 Israel is indeed a live laboratory for the study of real borders. In just under a year from now, I will have the privilege of hosting the Third World Conference of Border Scholars here in Israel. We expect upward of 250 leading border scholars and practitioners from around the world to come to Israel – the conference will be held at the Eilat Campus of the University, a unique border location at the meeting point of three borders – Israel (Elat); Jordan (Aqaba) and Egypt (Taba), with a fourth border, between Jordan and Saudi Arabia, just a few kilometers further south and clearly visible from Israel on clear days. The participants will be eager to learn from the Israeli experience, a live laboratory for border management with all of its neighbours, and will have the opportunity of going on field trips to each of the country’s borders from south to north and learning from the cross-border interactions and management in the Red Sea area.

One of the points of interest for many of the international participants will be to observe the gaps in the fence and to understand the dynamics of why these exist in the first place, and why, following the most recent spate of renewed terrorism, these too will now be sealed up again. There is a strong likelihood that in a year from now, many of them will be operating again, assuming a period of quiet.

Borders, fences and walls are not only physical static features (scars) on the landscapes, they reflect the dynamic changes which are constantly taking place as countries decide to open or re-close their borders as a result of the changing political and security situation. It serves no economic or social interest to have closed and sealed borders, but the pre-condition for opening them, or to allow informal crossings at the gaps to take place, is a situation where there is no security threat. In Israel, we still have a long way to go as we enclose ourselves in ever longer, higher and impenetrable wall and fences – into what has become the most walled in country (a self enclosed national ghetto) in the world.

Those interested in knowing more about the World Conference of Border Studies can receive information at: https://world.absborderlands.org/